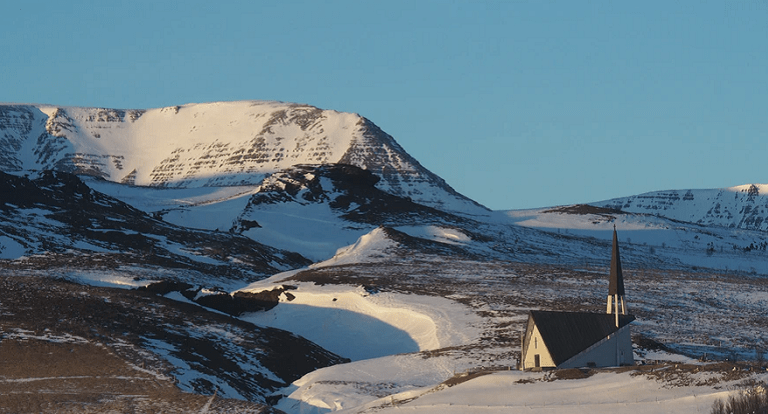 Taking a day trip from the capital city Reykjavik is the best way to explore Iceland’s enthralling natural wonders. You visit a tourist spot, stay there for an hour or two, and return to your hotel at Reykjavik on the same day, is a typical trip. Obtaining a detailed map of the country is essential. Circumnavigating the island nation at a relaxing space will take nearly 2 weeks. It is better to prioritize the places you desire to visit, and smartly cover the sightseeing agendas selectively, through well-tailored day trip by top-rate travel companies. Marveling at Basalt Columns Visiting the famous Reynisfjara Beach from Reykjavik is easy, and convenient for your budget. You simply need to take one of the Iceland Super Jeep Tours from an emerging travel agency and reach the spot without hassles. The USP of the beach is a rich cover of black pebbles, incessantly washed by cool Atlantic waters. Locally, it is known as the black beach. A little exploration will take you to a mystic cave. You will find fascinating Basalt Columns here, in delicate hexagonal patterns, apparently countless, formed naturally from the cooling of lava. Strolling around Seljalandsfoss By being a part of Super Jeep Tours in Iceland, you can quickly reach the intensely scenic Seljalandsfoss, not very far from the Reykjavik outskirts. It is an incredibly beautiful waterfall that majestically drops from a height of about 60 meters. The surrounding area is artistically covered by lush greenery dotted with blooming flowers and chirping birds, painted by Mother Nature, during spring and summer months. There are also minor hiking trails in and around the place. Few public buses consider this as a stoppage, but it is wiser to rent a Super Jeep and drive from Reykjavik without wasting time and reach more comfortably. There

Taking a day trip from the capital city Reykjavik is the best way to explore Iceland’s enthralling natural wonders. You visit a tourist spot, stay there for an hour or two, and return to your 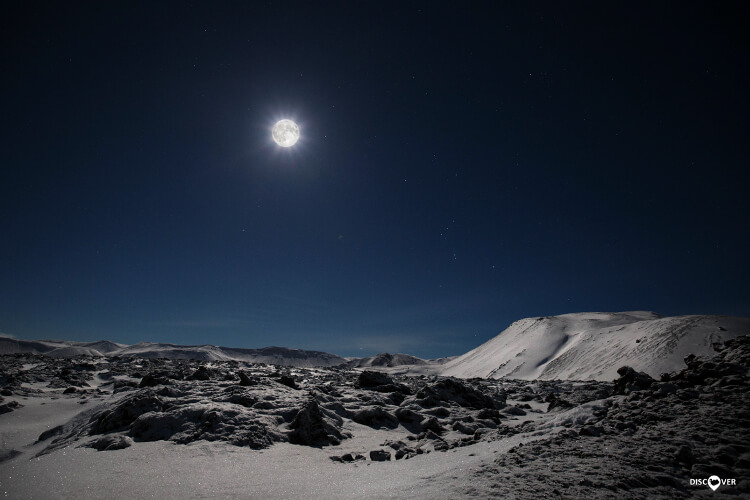 The outbreak of COVID-19 brought the entire world to a standstill. Just like every other industry, the sphere of travel and tourism is suffering too. Now, humanity is strong and resourceful enough to fight back and emerge victorious. When this emergency will pass, tourism will inevitably begin again. Nevertheless, one can’t ignore the fact that it will leave a long-lasting impact both on the world and its people. Avid travelers will be in search of destinations with open and vast spaces, clean water, and unpolluted air. It will be difficult to plan anything right now due to the chaos. Besides, no one knows what awaits humanity in the future. However, the only place where you can expect pristine conditions is Iceland. The shortest airplane ride: You wanted to know why you should choose Iceland over other destinations, and you’ll find the reasons here. Iceland’s convenient location makes it easy for tourists to reach the country from Europe, the USA, and Canada quite easily. All you have to do is book Iceland Tours from www.discover.is. The flight is short, and as one of the aftereffects of the coronavirus, flight ticket prices will drop. The drop in the exchange rate: Several events will follow once the governments of nations will lift lockdowns. A massive drop in exchange rates is one of them. However, the exchange rate in Iceland already went down by more than just a few notches. Everyone knows how costly it used to be to book Private Tours in Iceland, but with the drop in the exchange rate, you can hire the largest and most luxurious super jeeps to enjoy the wonders of Iceland. The population: Iceland happens to be one of the most under-populated countries in the world, other than being an exceptionally attractive tourist destination. It means that you

The outbreak of COVID-19 brought the entire world to a standstill. Just like every other industry, the sphere of travel and tourism is suffering too. Now, humanity is strong and resourceful enough to fight back

A Few Hidden Gems Of Iceland That You Need To See 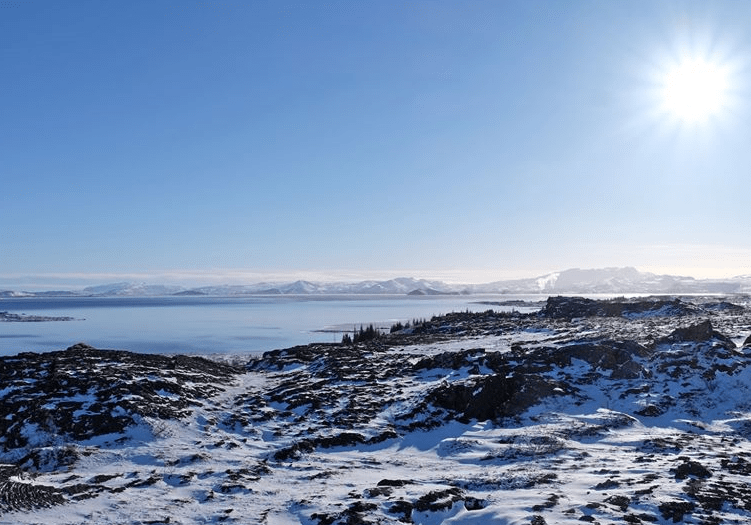 Innumerable gorgeous destinations exist in Iceland. These places normally elude the eyes of many travelers since they are off the beaten track. If you’re searching for the hidden gems of the Land of Fire and Ice, then you’re in the right place. Here you will learn about a few of those elusive jewels that you can visit. You’ll need a vehicle to reach any of the places. For that purpose, you can hire a four-wheeler once you reach Iceland. After all, exploring this otherworldly destination on your own terms always leads to an adventure worth remembering. However, you may also consider relying on travel agencies that offer private tour packages. Seljavallalaug Pool: Back in the day, this place used to be remote. Now that the government created excellent roadways, the Seljavallalaug Pool has become much more accessible. You will find it in the south of Iceland. As already mentioned earlier, you can rent a car and hit the road or book Iceland Private Tours from www.discover.is. You will reach this place only if you drive because tour buses don’t go there yet. Among all the pools in Iceland, this one is the oldest one that’s still standing. It does have a changing room, but there aren’t any showers. You just need a swimsuit to enjoy the experience. Fridheimar Tomato Farm: Fridheimar isn’t just another tomato farm. If you’re fortunate enough, then you might just find Iceland Private Tours that will take you to this place. It’s the best place to stop for refreshments while circumventing the Golden Circle. It’s an organic tomato farm in Reykholt managed by a family. Apart from tomatoes, they also grow cucumbers. They send fresh produce to the market, but they also have enough to cook delicious tomato soup. Indeed, their soup is tremendously tasty and it helps to keep you warm

Innumerable gorgeous destinations exist in Iceland. These places normally elude the eyes of many travelers since they are off the beaten track. If you’re searching for the hidden gems of the Land of Fire and 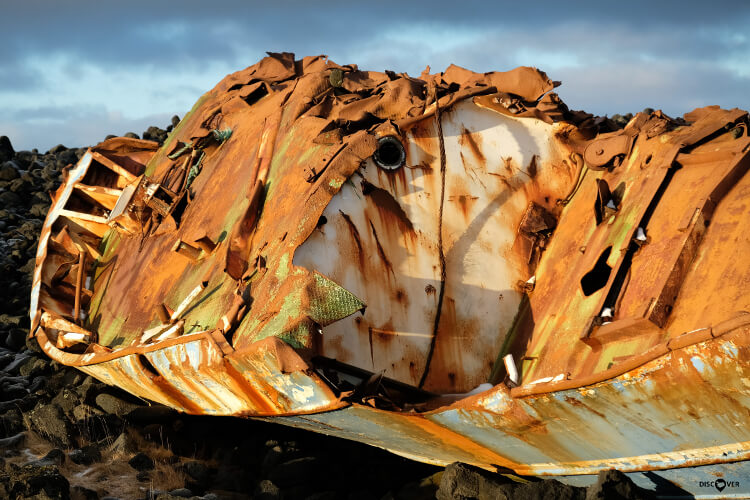 Most people who wish to explore the otherworldly country of Iceland generally ask about the best time to visit. They also attempt to learn more about the seasons, the weather, the right moment to see the Northern Lights, the Midnight Sun, and the puffins. These are primarily the frequent the minds of tourists, but, of course, they mostly want to know the best time to go to Iceland. The problem is that there is no simple answer to this question due to Iceland’s varied nature, wildlife, and weather. Everything is unpredictable in Iceland, and this fact adds to the country’s beauty and alluring disposition as a tourist spot. This topic contains everything that you need to know to plan your visit. The prevalent weather conditions Even though there are four seasons in Iceland, the weather keeps on changing from time to time. When you go on Iceland Private Tours booked from www.discover.is, you may often hear the locals joking about the weather by asking you to wait for a few minutes if the current climatic condition doesn’t appeal to you. Some travelers believe that the country experiences constant freezing temperatures, but it isn’t the case. You shouldn’t let the name of the nation fool you; Iceland, in reality, enjoys a much milder climate. It’s partly because of the Gulf Stream that flows along the south and west of the country. It brings warmth from the Caribbean. However, it also means that the mild air of the Atlantic mixes with the cold air from the Arctic region from the north. This concoction causes sudden and frequent changes in the weather. It also implies that Iceland experiences a lot of wind and storm, and the southern regions of the country receive more rainfall than the northern areas. Another reason that contributes to the warmth

Most people who wish to explore the otherworldly country of Iceland generally ask about the best time to visit. They also attempt to learn more about the seasons, the weather, the right moment to see

The Best Places To Go Glacier Hiking And Walking In Iceland 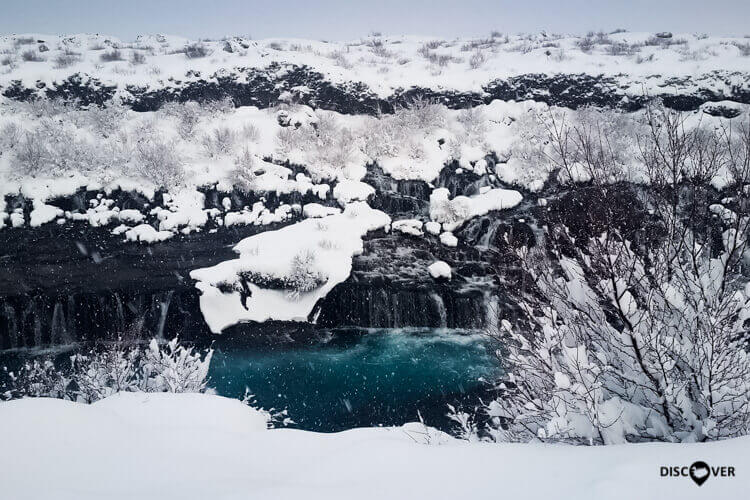 Very few and rare places on earth exist where you will find an abundance of glaciers, and Iceland is one of them. The glaciers here occupy almost 11 percent of the entire landmass of the country. Iceland Private Tours offers tourists the chance to hike along the crevasses and walls of those glaciers. The indescribable beauty and natural force of Mother Nature will form a solid surface beneath your feet on a glacier. You will walk along those icy surfaces with guides who will advise you on how to scale those ridges of odd shapes with safety. Here you will learn about all the glacial regions that you can explore in Iceland. Svinafellsjokull: If you harbor an adventurous spirit and the strength, determination, and skill needed to explore glaciers, then you should forget the Golden Circle Tours Iceland offered by www.discover.is. You should ask them to take you to Svinafellsjokull in the Skaftafell Natural Reserve. This place is the first glacial region worth exploring on this list. Skaftafell Natural Reserve is the epitome of beauty and adventure in itself with several hiking trails and waterfalls worth witnessing. Svinafellsjokull is exceptionally popular for its remarkable ridges and incredible views from the top. Snaefellsjokull: Golden Circle Tours Iceland is for those who aren’t all that adventurous or don’t have enough time to spare. Snaefellsjokull, on the other hand, offers quite a challenging glacier hiking opportunity. This place is on the Snaefellsnes peninsula. However, you can undertake this tour in summer, as recommended by experts. When you reach the top of Snaefellsjokull, your eyes will feast on incredible views that reach the Reykjanes peninsula and the Westfjords. Vatnajokull: In reality, Vatnajokull happens to the largest glacier in the entire continent of Europe. It occupies around 8 percent of the island’s surface. Vatnajokull has connections with other glaciers, including Svinafellsjokull.

Very few and rare places on earth exist where you will find an abundance of glaciers, and Iceland is one of them. The glaciers here occupy almost 11 percent of the entire landmass of the